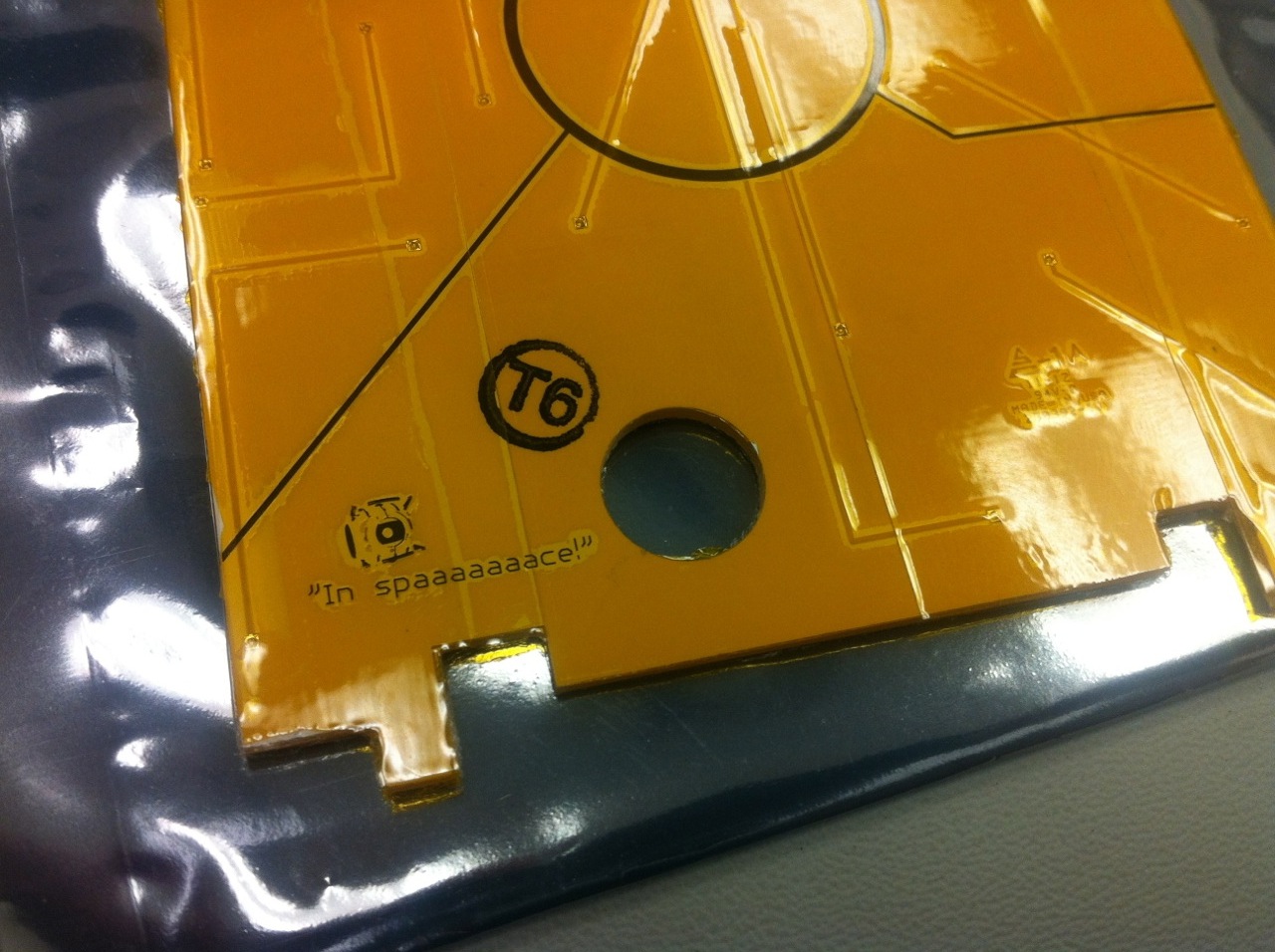 Thanks to an anonymous tech at NASA, Wheatley is actually going to actual space. This Friday at 10:06 EST, the Japanese HTV-3 resupply craft to the ISS will launch the above panel into space. Though mankind will surely regret giving Wheatley a celestial perch to plot his next move, we here at Valve are mostly just impressed with NASA's bold, unprecedented resupply craft numbering scheme. And please note that when we mentioned an "anonymous tech at NASA" we weren't kidding: NASA in no way officially endorses secretly laser-engraving characters from Portal onto their spacecraft. Believe it or not, they don't even officially endorse Portal 2, despite the fact that it's a really excellent game.